Angie Buzzacott, (Chair) ,  Angie Buzzacott Is a 67 year old mother of three who has lived in Haringey all her life and been a carer of two daughters with debilitating health issues for 39 years. She took a major role in the production of Haringey Council’s Carers Strategy 2020-23, and feels passionately that carers need a voice, especially after all the extra difficulties of the pandemic.  Angie has  been an award winning tenant advocate for 29years and lives in a large estate in Wood Green.’ James Cowling (Secretary), James is a freelance journalist. and he was brought up in Calgary, Alberta, Canada. He has lived in Haringey since 1999.After he finished his journalism diploma in 1993, he spent a year backpacking around eastern and southern Africa.It was during that time, while he was in Johannesburg, that he got his first job in journalism. He worked for the Canadian Broadcasting Corporation during the election that brought Nelson Mandela to power in 1994.Since coming to London, James has worked for BBC World Service radio as a full-time journalist and as a freelancer. He has also worked for press operations for the last two Olympic Winter Games covering figure skating and short track speed skating and at the London Olympics where he covered gymnastics. James became involved with H050s in 2014 and he became passionate about senior’s issues after dealing with the Alberta health care system when he was trying to get his mother into a nursing home in 2012. ANNE GRAY, treasurer. Anne retired from working in university research on social policy some years ago but is still writing, lately on older people’s sheltered housing and with a work in progress about how to resolve the crisis in social care, which just might see a publisher some time in 2021. She’s written a lot on social benefits and is a trustee of a research charity called the Citizen’s Basic Income Trust. Anne looks after the Forum accounts and lately the newsletter. She’s secretary of the Social Care Alliance Haringey. She’s also a keen gardener, and spends a lot of time helping to run the Wolves Lane Centre, particularly the Palm House. Lauritz Lauritz is a member of many organisations and specialises in Safeguarding Adults and belongs to the Safer neighbourhood Team Panel. He has some experience in the use of computer hardware and aims to help make life better for all in Haringey.

Haringey residents over 50, we can help you to save money and keep your home warm

Call us for information or to arrange free,
impartial advice from an adviser. Lines are open
8.30am–6.30pm Monday to Friday and 9am–1pm
Saturday. Freephone 0800 319 6789 or email
advice@independentage.org Visit Website 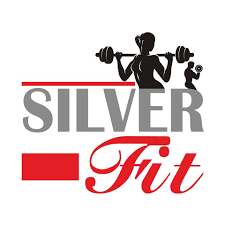 Please text Sharon on 07888 015 334 to book your place at Reggaetivity. All sessions and venues are fully accessible, so come and join in! Any questions? Contact Naomi on 07736 135 260 or naomi.freeman@groundwork.org.uk Read More